(NBC) — NBC’s “The Blacklist” is all-new Friday, with an episode that spotlights one of the core members of the task force.

Co-star Amir Arison opened up about the opportunity this week’s episode presented, which he is excited to finally watch.

How to watch Kentucky Derby, Triple Crown on NBC4

“I haven’t seen it yet,” said Arison. “It’s the hardest I’ve ever worked.”

As the focus of this week’s episode Arison’s character, Arom, is coping with the pressures of leading the task force while its boss, Harold Cooper, is under investigation.

Arom turns to an experimental outlet for relief which brought on all new challenges for the character and the actor.

“If you don’t get nervous, then something’s wrong,” said Arison. “You know that nervousness is embedded with, ‘Oh my god, I’ve got to work hard. I can I do it?’ And there’s a great excitement and you dig deeper than you may even realize you can.”

One scene, in particular, turned the usual 12-hour workday into 16 hours.

“That was the most unique acting challenge I’ve had in my career,” said Arison. “Whenever you’re challenged as an actor, and you get through it, it’s truly rewarding.”

Especially for a character that Arison admits was simply a “sidekick computer guy” in the show’s early days.

And he’ll finally get to see the episode right along with “The Blacklist” fans.

“The Blacklist” airs at 8 p.m. on Friday and the show’s already been renewed for a 10th season this fall.

FOX 14 Your Morning News: Noma Museum in New Orleans until …

Passenger dies during flight to Nashville 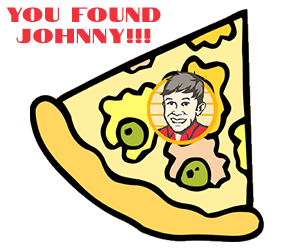